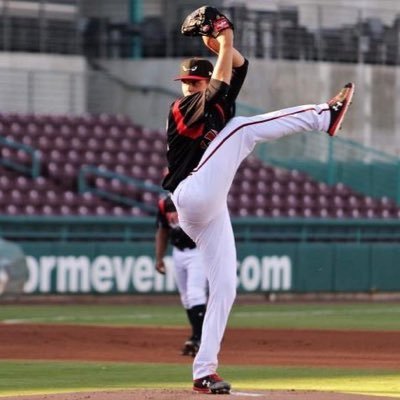 Graduated talent and depth drive the Hogs toward the top of the rankings with graduated shortstop Fernando Tatis Jr. leading the charge. A five tool talent, Tatis is an MVP caliber player with 30-30 seasons in his future. The 20-year-old plays with both an exuberance that infects the dugout and a polish that belies his youth, and will join Ozzie Albies and Marcus Semien to form a middle infield second to none. Corbin Burnes suffered through a forgettable season, but he continued to show a power repertoire that could see him breakout at any time once he harnesses his command and control. Zac Gallen surprised everyone with his breakout campaign in 2019. Considered a fringe back of the rotation piece, Gallen far exceeded those expectations, rising to the majors and pitching more like a mid-rotation inning eater. Gallen does not have overwhelming stuff, but he knows how to pitch and his breakout does not look like an aberration. He should be a strong rotation piece for the Hogs into the future. Outfielder Alex Kirilloff continued his ascent through the system, posting a second consecutive strong offensive showing. Kirilloff shows a patient approach, the ability to square up even the toughest pitches, and drive balls for power. Another fast riser is centerfielder Cristian Pache. Pache is major league ready now defensively and he could claim multiple Gold Glove awards through his career. Offensively, he is a 70 grade runner and is also beginning to tap into his considerable power. Pache could develop into an outfield version of Tatis Jr. if he realizes his ceiling. Given another season or two of development, Kirilloff and Pache should take spots in the Data City outfield alongside All Star Aaron Judge. Third baseman Nolan Jones is climbing prospect rankings with his power/patience approach at the plate. Jones still has some swing and miss issues to iron out, but even with those concerns he has still been able to get to his game power at the lower levels. Whether he is able to continue to reach that power against higher quality pitching at the upper levels remains to be seen. A 70 grade arm at the hot corner will alleviate some of the defensive shortcomings, but Jones will have to upgrade his glovework to be able to stick at third in the majors. Shortstops Greg Jones and Miguel Hiraldo showed excellent promise at the lower levels, combining high ceiling offensive profiles with developing defense. With the graduation of so many pitchers, the system’s pitching is thin outside of power arm Michel Baez. Baez missed time with injury but he still showed possibly the best fastball-changeup combo in the minors and with a switch to the bullpen he did get some major league time in the second half. Baez has yet to develop a reliable third offering, but even without that he should be a potent late inning weapon for the Hogs.

A year ago, graduated outfielder/DH Yordan Alvarez had promise and upside; this year he shattered even the most optimistic projections. Alvarez burst onto the scene hitting for average and power and now looks like a middle of the order anchor for the Rougarou. Nate Lowe and Josh Naylor carried their production over to the highest level as well and both should be contributors in the Lakeview lineup for the next several years. Even with the graduation of 20% of their top 25, Lakeview still boasts a deep and highly talented system. Fast risers dot every level of the farm, none more impressive than starter MacKenzie Gore. Already a highly touted prospect, Gore cemented his status as the #1 left-handed starter in the minors, commanding and mixing his above-average or better four pitches like a seasoned veteran. Just 20 years old, there is still some physical projection possible as Gore reaches the major leagues, an eventuality that could happen within the year. Shortstop Carter Kieboom made the biggest jump last season, going from possible bench bat to almost certain starting shortstop and top or middle of the order run producer. Defense was the key to Kieboom’s breakout and the strides he made with the glove left no question he can man short at the major league level. Kieboom also cleaned up his swing mechanics, carrying his power and patience to AAA and put himself in line for a major league tryout sometime next season. Nate Pearson began to harness his control and command and with a little further refinement he could join Gore and 2018 rookie sensation Walker Buehler leading the Rougarou rotation. Infielders Mauricio Dubon and Josh Jung showed improvements in 2019, both now profiling as possible everyday contributors. With excellent bat to ball skills, Dubon has just been waiting for his opportunity. That opportunity looks like it is at hand and Dubon could insert himself into the Rougarou lineup next season. Reports surrounding Jung have always been mixed, but once signed after his selection in the 2019 amateur draft, he again went out and did what he always does: hit, and hit well. JJ Bleday could be the next fast riser in the system. He has always had the tweener tag, with questions about whether he would be able to hit with enough power to be any more than a fourth outfielder type, but he began to shed that stereotype during his final college season. If the power carries over to professional ball, Bleday’s other across the board above-average skills will definitely take him past the tweener, fourth outfielder profile. There is a second tier in the system just behind the top six, led by starters Brady Singer, Noah Song, and Alex Faedo, and teenage shortstop Luisangel Acuna.

Risers: Jo Adell (OF), Riley Greene (OF), Brennen Davis (OF), Alexander Canario (OF)

A year ago, this was a top heavy system with promising depth coming. This year is more of the same. The system is still led by outfielders Kyle Tucker (since graduated) and Jo Adell, both having shown even further improvements and refinements. Tucker’s development took him to the major leagues and he now sits waiting for nothing more than an opportunity. Adell removed any questions about his 2018 breakout and is just a step away from joining Tucker and rookie sensation Ronald Acuna in the Motor City outfield. Adell is an above-average defender at all three outfield positions and owns a power/speed combination offensively and could post multiple 20-20 seasons. 2019 draftee Riley Greene is the next possible breakout outfielder in the system. Greene has some questions and concerns to answer and he is not the premium athlete Acuna, Tucker, and Adell are, but his hit tool and power are 60 grade or better. Once he improves his plate discipline, .300 average, 30 homer seasons could follow. The lower levels of the system are also full of additional outfield promise in youngsters Alexander Canario, Brennen Davis, Jarren Duran, and Everson Pereira. Corner infielders Evan White and Bobby Dalbec had excellent consolidation seasons, both now sitting just a step away from the major leagues. The pitching side is led by Matthew Liberatore and Logan Allen. Allen took a bit of step back as he rose to the AAA level, but the promise of four average or better pitches and excellent command are still there. In his first full season Liberatore showed his first round pedigree, alternately blowing his mid-90’s fastball by hitters and eliciting off balance swing and misses with his 70 grade curveball. The stated goal for Liberatore in 2019 was to develop his changeup, and without question that goal was reached. The pitch has excellent fade and should give Liberatore a third plus offering to compliment the fastball and curve.

Graduates Vlad Guerrero, Francisco Mejia and Aristides Aquino lead the Windy City system. Guerrero is the most hyped prospect in the last 20-plus years, and he did little to dissuade those opinions in 2019. There is still more in the tank, but holding his own and showing some flashes of MVP caliber play as a rookie, Guerrero is the building block this franchise has been looking for. Mejia was as advertised as well. A superb defensive catcher, Mejia’s offense took a step forward and he looks like the long term solution behind the plate for the Rattlers. Aquino started hot but cooled considerably once pitchers stopped feeding him fastballs to drive. He will have to show the corresponding adjustment and curtail his strikeout tendencies, but the power potential is considerable if he can. Centerfielder Drew Waters took another big step forward in 2019, developing all facets of his game. He now stands just a step from the majors. A contact oriented hitter, Waters’ strikeout rate spiked at the highest level and he will have to show he can control that, but his defense and bat to ball skills will translate into a major league trial soon. 2019 first rounder CJ Abrams plays shortstop with fluidity and polish already. He will have to develop better reliability, but all the skills are there for him to be a long term shortstop. Offensively, Abrams already shows a patient approach and should develop into at least moderate power upon maturity. He has excellent speed and profiles as a prototypical lead off hitter. International signee Robert Puason gives the Windy City system a second high ceiling teen shortstop. Puason has further to go, but he possesses the same offensive and defensive profiles as Abrams. The pitching side of the system is equally deep. Kyle Wright and Justus Sheffield need just to harness their command as each are on the doorstep of Windy City. Shane Baz took the biggest step forward in 2019, refining his pitches and his ability to mix them. There is still work to do on his command and control and if that improvement is realized then his three plus pitch repertoire will move him into the Rattlers rotation. The most electric arm in the system was sidelined in 2019 as Hunter Greene underwent Tommy John surgery. He is now recuperating and should be back to full strength by mid-season next year. Alec Hansen, Brennan Malone, and Osiel Rodriguez add additional quality depth from the mound.

Out of a Mole Hill