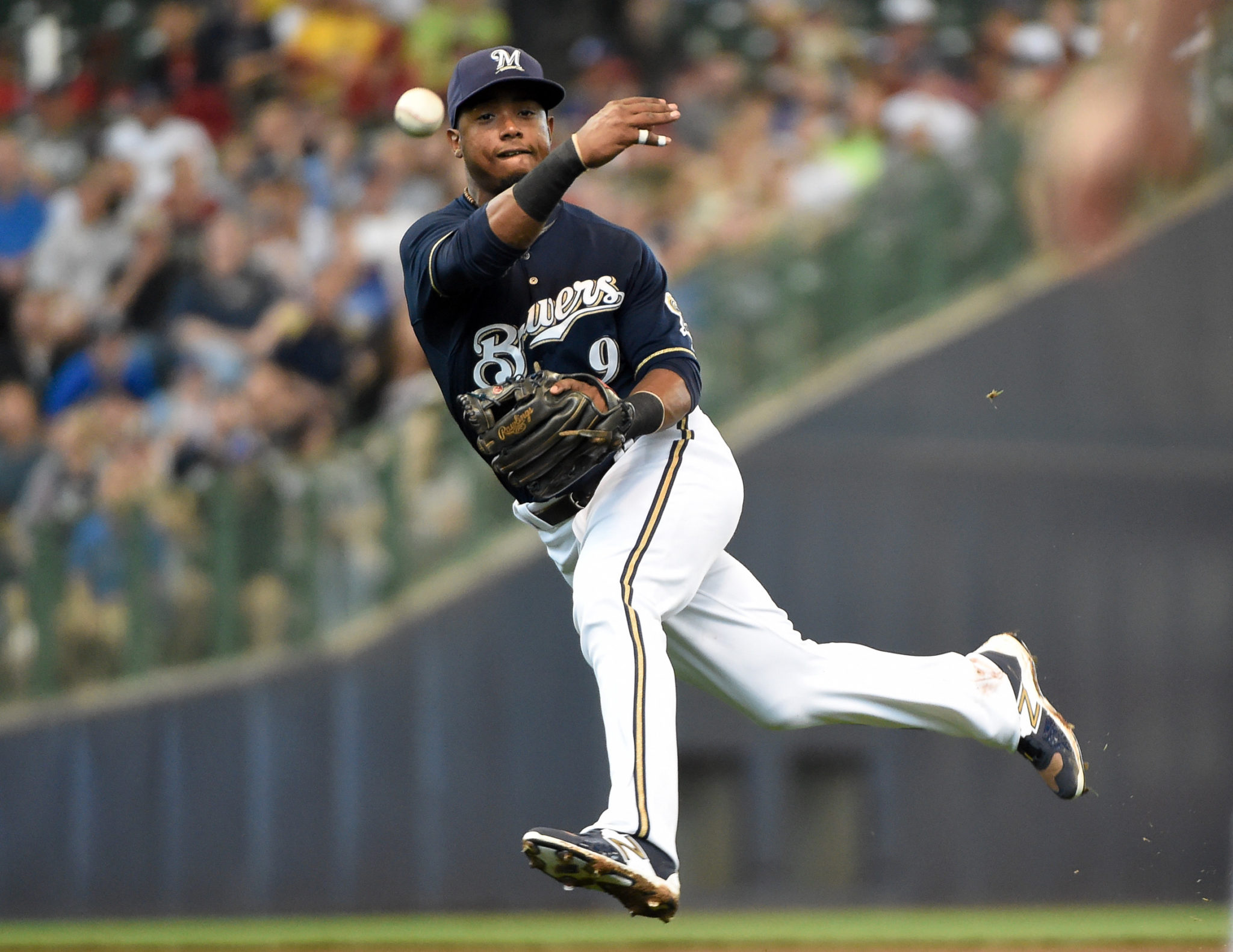 If you’re a Bum and you aren’t signed long-term make sure that lease is month to month. Last year’s busiest team has taken the early lead, at least when it comes to talking trade, in Mutiny’s Manic Movement rankings. According to sources, trade discussion have spiked over the last few days as the organization has moved closer to wrapping up recent infrastructure upgrades that should improve the fan experience in Bako.

Bum’s GM, Brendt Crews, has reportedly brought four intriguing bats to the market. Shortstop Jean Segura (2020, $2.0M) leads them off, although talk around the league indicates there may be a deal in place (we will stay close to this situation). Segura is coming off a stellar year that saw his third highest career WAR which seems to have resulted from his increased bat to ball skills. Evidence of this change shows up in his lowest strike out percentage and second highest batting average of his career. Even in his late 20’s, speed is still an important part of his game and combining that with strong defense up the middle, he should be one of the better players on the trade market if not traded immediately.

Dee Gordon (2019, $1.25M) gives some positional flexibility up the middle. Not only did he play his typical second base and a little shortstop but he started 50 games in centerfield. Speed is a huge part of his game, but he wound up with 30 steals which was half his previous year’s total. That may have something to do with his 55 point drop in on base percentage. Still, his positional flexibility and cheap contract make for a player who should bring good interest.

Omar Narvaez (2020, $250K) had a career year albeit in a short career. He played the most games of his career accumulating 280 at bats and that seemed to translate to better production in all facets of the game. The most intriguing aspect of his ascension was his power which took him from back up to starter. Will he maintain the power or will be revert to his career norms? We will see, but his good on base percentage combined with strong defense will make him one of the better young catchers on the market this year.

Matt Kemp (2020, $1.25M) had a first half to remember in 2018 but his second half didn’t quite match up. Each one of his splits jumped at least by a nice 15 points. While his defense has continued to be an area of weakness, that’s never been what he hangs his hat on. He had by far the strongest offensive WAR since moving into his 30’s and he matched up well with his peers with an OPS+ of 121. No longer the MVP player he once was, he’s settled into his role as a power bat in the second half of the lineup that hit both righties and lefties well in 2018. That combination of skills makes him likely to move quickly.

What are the Bum’s looking for?  To put it simply, long-term assets. Talk around Bako has them targeting high end draft picks although anyone near the majors whose cost controllable would be of interest. With the quality and cost effectiveness of each of these players and the high prices of free agency, it’s a good bet all four players and possibly more will be settling into new digs come the season opener.

Stay tuned for more Rumormongering.  This offseason will surely be a live one.