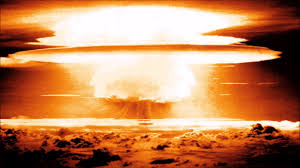 Phoenix, Arizona – With the Transaction Freeze lifted,break-up ensued sending icebergs of certified trade agreements of all shapes, sizes and significances hurtling down the mighty Muttinny-ssippi.  No division has felt that break-up more than the Scully’s Southern Division, but unlike most thaws which typically result from warmer weather, the Southern has turned down right frosty.  A Cold War is on with the Moonstruck Blues and Phoenix Miners proliferating arms (and bats) on the daily.

The Blues kicked off the Winter Meetings with a salary freeing move with the Bums and followed it up with the shuffling of utility men with the Lakeview Rougarou.  Then they got down to business, pulling off a stunning trade with the Roxbury Robots who were in search of young and controllable pitching.  Mike Montgomery (2020/$250K/Rookie3), Daniel Mengden (2020/$750K) and the Blues 4th round pick went to the Robots with the Blues acquiring Trevor Story (2020/$250K/Rookie3) and Khris Davis (2019/$5.25M) in return.

The Blues were not done and it only got bigger and bolder flipping Story and Khris Davis along with Daniel Murphy (7M/2020) to the Argonauts for Cy Young runner up Chris Sale (16.2M/2019), Whit Merrifield (700K/2019) and Eugenio Suarez (250K/2019 Arbitration).  In a manner of days, General Manager Kyle Coffin assembled and aimed three big fat Intercontinental Ballistic Ball Player Missiles (so unnecessary considering most reside in Arizona and the furthest destination resides about 1,200 miles away) right smack at General Manager David Johnson and the other General Managers of the Southern Division.

What’s a General Manager to do?  Point a couple ICBBPM right back at him.  In the early afternoon of December 17th,the Miners wheeled their first missile launcher into place by consummating a deal with the Robots.  Trading their 3rd round pick to the Robots they picked up star center fielder Aaron Hicks.  That was just the beginning.

“Third base has been our weakest position for years” said Johnson.  “We finally got a guy (Chapman) we can be proud of at the hot corner. And Cano, despite his recent scandal, is a hell of a player that we’ll figure out how to pay for later.”

Johnson added, “We’d like to thank Kinsler, Mazara, Williams for their service and wish them luck in Walla Walla.”

For the Sweets, it’s all about long-term controllable players, as they continue to build for the future. Sure, Chapman has that fan favorite appeal as one random season ticket holder on the third base line confirmed, “Matthew Chapman is dreamy.”

But it’s not about whose the star today.  It’s about the stars of tomorrow.  Out of one star and an expiring contract in Cano, they get two bats with potential and a highly value second round pick.

This trade hasn’t just impacted the teams involved in those deals, it appears to have shaped the thinking of others in the division. We may be saying goodbye to that age old confrontation between the HAsterisksfields and the McScurvyCoys as sources indicate the Scurvy Dogs have placed Clayton Kershaw on the market.  Are the Dogs throwing in the towel, or trying to capitalize on the significant interest and significant price tag for Ace lefthanders?  Time will tell.

As the Cold War in the South escalates the rest of us are left to wonder, will the Mutinysphere be leveled to radioactive rubble after these two hit the red button? Duck and cover ladies and gentlemen, this ain’t over.